Skip to content
ABA Therapy for Children on the Autism Spectrum
Serving Families in Pennsylvania, Ohio, Texas, Virginia and Connecticut
Call Us Today! (844) 422-2288 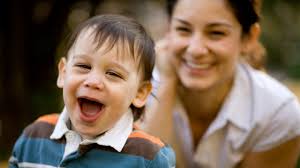 You are a parent of a child who has received an autism diagnosis.  Very understandably, you feel shocked, lost, frightened and unsure of what exactly is the set of challenges you, your child and entire family now face.  You likely have heard of autism, but until now, you might not have inquired into the fundamental issue that now faces you – just what is “autism,” exactly?

A diagnosis of autism is most often referred to as a finding that an individual is displaying signs of “autism spectrum disorder.”  While the term “autism” is used widely, those on the autism spectrum often display some – or all – of a wide array of characteristics.

According to autismspeaks.org, some characteristics of autism spectrum disorder include:

Since 2013, autism has been divided into four distinct segments of diagnoses:

An autism spectrum disorder diagnosis generally occurs when a child is between the age of 2 to 3 years old and when such characteristics are often first identified.  However, a diagnosis can sometimes be made as early as 18 months of age.

Parents who receive an autism diagnosis are, very understandably, often completely shocked and scared upon learning such news concerning their young child.  While such diagnosis might feel very rare and unsuspected by you as a parent, it is worth noting that according to the Centers for Disease Control (cdc.gov) a full 1 in 54 children in the United States are on the autism spectrum.  In other words, you are not alone in this struggle.

ABA Autism Therapy is dedicated to providing behavioral and early intervention techniques via ABA therapy.  As your child’s physician has likely advised you at this point, ABA therapy is widely-recognized as the most effective and available method to improve outcomes for those on the spectrum later in life.  We are committed to helping you achieve such positive outcomes for your child.

Prompts: What They Are And How They Are Used in ABA Therapy

The Basics of Verbal Behavior Therapy*